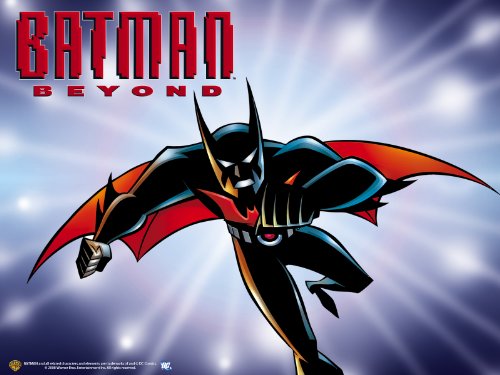 Terry McGinniss makes a good Batman. There, I’ve said it.

Yeah, he’s a teen. He’s got a problem with authority, has high school problems, and has trouble learning to think before he acts. But he’s got redeeming qualities, too! He facepalms with the best of them.

I’d watched Batman: The Animated Series as a teen, and I had hoped that Batman Beyond would be a faithful continuation of that saga. While my hopes were misplaced, this show was worth watching in its own right.

My favorite characters weren’t the protagonists. I loved the concept of Inque. Commissioner Barbara Gordon was beautifully complex, and they didn’t shy away from her feelings about having been Batgirl, let alone her issues surrounding the Robins. Max does an amazing job of being Terry’s Lucius Fox, badass and vulnerable on top of ridiculously helpful. Don’t get me started on Henry Rollins as Mad Stan. I’d squee for HOURS.

I hated the Cobra gang. I couldn’t separate it from G.I. Joe, especially when they started giving nods to it. The new Royal Flush Gang were far more interesting adversaries.

The setting was a ridiculously large leap forward in time. From the 1950’s retro Gotham of Batman: The Animated Series to the hypertechnological Gotham of Batman Beyond was more than a one or two generation jump. And yet, in the intro, when I see old Gotham dwarfed by the titanic skyscrapers, I feel the thrill for that future that Marvel’s 2099 comics could never pull off. Let’s face it, Gotham doesn’t do anything half-ass.

I have (purely by accident, I assure you) addicted both the 12-year-old and the 4-year-old to this series. I found it on Netflix Streaming; check it out if you’re so inclined.

1 thought on “Batman Beyond”