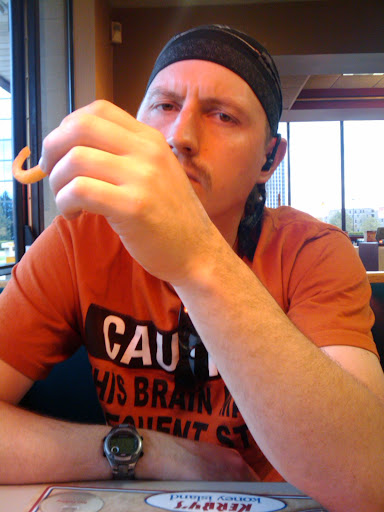 After work yesterday, my brain did its best to crawl out of my sinuses.  I swallowed some naproxen sodium (thanks Wikipedia!) just in time to prevent it from becoming an all-out migraine fest.  I still had the disorientation and the sensitivity to light and sound, but the pain remained dull throughout the rest of the evening.

This made concentrating difficult.  It also explains why I was having such difficulty concentrating from about noon on.  Paying more attention to headache-related patterns is starting to show clues that I have an incoming brain buster.  And, really, I should follow my wife’s advice and just bring some headache meds to work.  Better to take them when the clues start than the actual headache.

Today, my mind feels clear and open and alert.  This bodes well for concentration.

I have chosen a goal on which to focus.  I never quite finished purging unneeded possessions through eBay and Craigslist and Amazon.  Each successful auction and advertisement gives me a bit of instant gratification in the accomplishment department.  As an added benefit, I seem to be pretty good at it, because people keep giving me their stuff to get rid of.

I have decided that by refusing to take any more things from friends, I can put a finite end on the project.  I have decided that I will aid my fellow concentrator, pictured here, in his execution of the same task.  So, let’s see if I’ve still got the overachiever mojo that I used to take so much pride in.