I’m avoiding writing fiction. I’m also avoiding working on re-doing the speech bubbles for the beginning of Fight or Flight. The gaming video and the blog and the shutting down of my LiveJournal have had my focus, not to mention the Disney trip and work and blah, blah, blah.

Second time I’ve sat in Fleetwood this weekend, and I haven’t written a word of fiction. Most of Friday was spent working, and the rest was finalizing the new home network.

Today, though, I’ve just been draining my phone’s battery “making sure videos and posts got to social networks.” That’s not another way of saying getting sucked into Facebook. Not at all.

And here I am, phone down, laptop put away, notebook open, and I’m putting down words, but none are fiction. Am I harshing on myself too much? Am I afraid to keep pushing at recovering my love for making stories? Am I just too distracted by shiny things?

That reminds me. Since it doesn’t look like I’ll have a pressing need to be in Chicago coming up, I’ll need to pick a weekend to roam the Detroit area. Holy cow, are a lot of my old people holed up int he suburban Detroit sprawl.

Should I put up in a hotel in downtown D-town, or should I couch surf, or a combination of the two? Guess I’ve got to pick dates first, before I even know who will be available. A three-day weekend, I’m thinking. Either take a day off, or work the Friday with Paul.

I can’t say that I’ll start writing on my little jaunt, either. It’s too long to put off writing until then, and it’ll put a ton of pressure on me to write, and that is kind of the opposite of the point of a vacation. On the other hand, there are a lot of places I’d love to sit and write in Detroit proper.

Shit, I think it’s time to start the Chicago Adam’s Name over and re-write it, now that I know who Susan is, and what kind of conflicts drive her. I may not know enough about real-world Chicago to know enough about my fake Chicago. I think it’s time to pester some Chicagoans I know, so they can school me on the Windy City. Research and world building are the answer, because of course they are.

I am unreasonably proud of the journal pictured there on the right. It’s my first attempt at crafting in a long, long time. It’s also the first one that I didn’t have to tilt my head slightly to the side for it to look right.

The next time I do anything crafty, I’m going to have to remember to take a before picture. I had an old journal (because journals) and an old Decepticon patch (because Transformers). I got the urge to combine them, but I did not have the patience or the immediately available fundage to procure the proper fabric glue. I did, however, have some Super Glue lying around.

I covered the iron-on backing of the patch in a very thin, even layer of Super Glue. I didn’t want the patch to curl, so I made sure that the glue went all the way out to the edges, including the spiny bits on top. I then eyeballed the middle, from the right of the journal to the edge of the binding ridge section on the left. I wanted the symbol to be closer to the top than the bottom, for reasons.

I am sure that there is a technical explanation for the aesthetics of the placement, and where the eye is naturally drawn to, but I am woefully unversed in the science behind it. I will have to remain satisfied, for now, with “because I think it looks good there.”

I then gently turned the patch over and applied it where I wanted it to go. I pressed it firmly to the vinyl(ish?) cover for thirty seconds to a minute. It’s a padded cover, so the vinyl dimpled a bit as the glue dried, but not so much that it’s noticeable. I got lucky, and the Super Glue bonded very well to both the patch and the cover. Since I won’t have to worry about putting this through the wash, I guess the fabric glue would have been overkill.  In any case, I LOVE the result, and think it’ll make a nice counter to the Covenant of Primus. (And of course by that I mean it’s the next journal in which I will be writing my fictiony words.)

On to the links!

A friend of mine has been documenting his impending (and now realized) fatherhood in webcomic form. Being the big fan of webcomics that I am, I’ve been following Fatherhood faithfully since its beginning. Lo and behold, I have made an appearance! Yes, I really did do what it says I did. I have no shame. Also, no survival instincts, what with me taunting a pregnant woman. In any case, Tom and Stacy are great friends, who can both be found on DeviantArt here and here.

It’s been a long while since I last (and first) made an appearance in a webcomic. I was doing a guest writing stint for Mousewax. With the ups and downs of Fight or Flight, I have come to understand how difficult it can be to make with the updates. I’d like to think that I’ve come a long way from being depicted as setting artists on fire. Maybe.

I’ve been listening to a couple of good writing podcasts, and they’re both in agreement about self publishing your early work. Don’t, they say. Readers are looking for a well written, engaging story, and not to follow along in your journey of growth as a writer. On top of that, you don’t want to associate your name with beginner’s writing mistakes.

Well, whoops. There’s a clear improvement in my writing from the beginning to the end of The Remembrance. That’s been out in the wild since 2006, so that cat has been out of the bag for a good six years. Todd’s Story has been out for a few years as well, which is (hopefully) better written than The Remembrance. Then came Fight or Flight. I’ve pretty much done exactly what they advise not to do.

I’m not seeing a good reason to change that trajectory now. To add to the growing list of cliches, the damage has already been done. Adam’s Name should continue the arc of improvement (I hope), and I’m just going to have to thank my readers for being along for the ride.

After a few discussions with my artist, we have decided to close the doors on Fight or Flight.

I’m of mixed, but strong, feelings about it. I’ve put a lot of blood, sweat, and tears into the project over the past few years, as has Rick.

This is the first fiction project that I’ve ever had to let go of. I’m sure that there’ll be more, for whatever reason, in the future. I’m using that emotion to fuel the rewrite and then subsequent completion of the Adam’s Name first draft. Completing one project will make me feel better about never finishing the other. At least, that’s the hope.

I’ll be putting up a final post over at the comic’s site, along with the paper comic’s cover, in the next day or two. 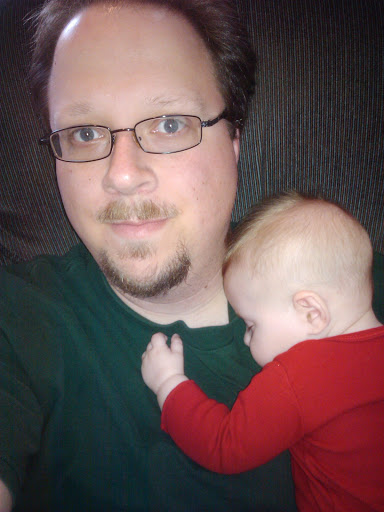 Here’s a bit of comic geekery that I discovered recently:  Image Comics only publishes creator-owned works.  They do not own the rights of any of the material that they publish.  Also, they seem to have an active submissions system/slush pile.

Can you hear the mental gears turning from there?  Because they were pretty loud when I discovered this.

I combed through their submission guidelines several times.  I wrote up a summary letter of the story.  I told them what kind of comic we envisioned Fight or Flight to be.  I included as many pages of the print-ready comic as Google would let me attach to an email.  I sent the email.

I went for it.

Their submissions page says that they have a quick turn-around time.  If I don’t hear back from them in a month, then I’m to consider them uninterested.  If that happens, sure, I’ll be a bit disappointed.  But then I’ll fall back to the original plan of self-publishing the issues.  Either way, Fight or Flight will be available on dead trees to those that want it. What is this? Is this a Hunter in his native habitat? What is he doing, there? Why, that appears to be a comic book!  Huh.

I got the test copy in the mail yesterday. There’s a bit of a problem with how dark the artwork printed, so Rick (the Awesome Artist) is trying to work some contrast miracles. Knowing him, he’ll pull off something sweet.

I can’t wait for this to be available to everyone.

So, there I was, standing triumphant over the slain tyrannical warlord, my bloody sword held aloft in my left hand, totem of power, crackling with lightning, in my right. Looking over to the princess, chained to the wall, I said…

Huh. I think the coffee kicked in. 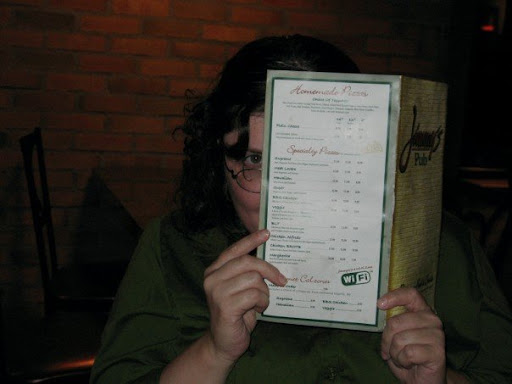 I’ve just uploaded the files for Fight or Flight #0 to the printer.  Then the review copy will be on its way into my grubby little paws. Much mad cackling will ensue upon its arrival, I don’t mind tellin’ ya. MUCH. Ahh, I’ve got that nervous excitement welling up in my chest, right underneath my sternum. This is just one of the good things that have quickly cropped up in seeming response to my decision to finish purging unneeded things.

So, keep your calendars nearby, dear readers (or in another tabbed browser window). I will soon have a release party to plan.